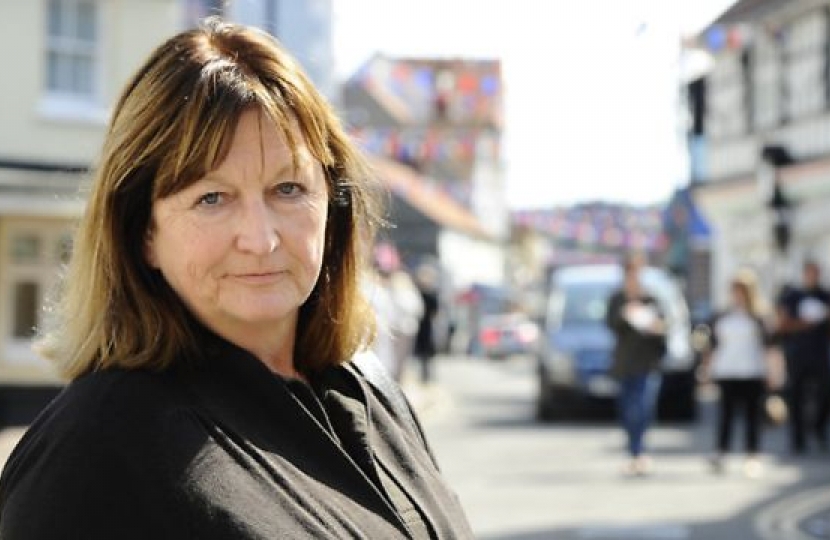 Thanks to action by Cllr Judy Oliver, County Councillor for Sheringham & Beeston Regis, Sheringham residents left without water for a whole day are now to receive compensation payments from Anglian Water.

Under government legislation, customers left without water for more than twelve hours should receive compensation - and be offered alternatives such as standpipes or bottled water. On 16th January, several hundred Sheringham customers were left without water from the early hours of the morning until at least 6.00pm. Many households suffered significantly longer interruptions to supply. No alternative sources of water, in spite of many elderly and vulnerable residents shielding from Covid-19 at the time.

In a response to many affected customers, Anglian Water claimed the water had been off from 9.42am until 6.20pm - less than the twelve hours after which compensation payments would be due. Many customers were therefore refused compensation. David Baker, Water Service Manager for Anglian Water, claimed:

This information is based on the data captured by our fixed network monitoring points and also an electronic model that uses this data.

Following a campaign by Cllr Judy Oliver on behalf of affected residents, Anglian Water has now acknowledged they:

appreciate that individuals could have different experiences. There could be a number of factors, including private supply length and plumbing.

Customers of water companies are 'locked in' - there's no option to change suppliers as there is with gas or electricity suppliers. It's all the more important then that companies such as Anglian Water behave honourably, and pay compensation to customers as and when it is due. The interruption to water supply on 16th January caused a great deal of distress to many who were shielding at home and could not easily get out to buy bottled water. Our public utilities need to be held to account - and councillors must be prepared to stand up to them when they try to shirk their responsibilities.

Customers affected for more than twelve hours on 16th January who have not yet received compensation are advised to contact Anglian Water on 0345 791 9155 - and to contact Judy if they are fobbed off by Anglian Water.