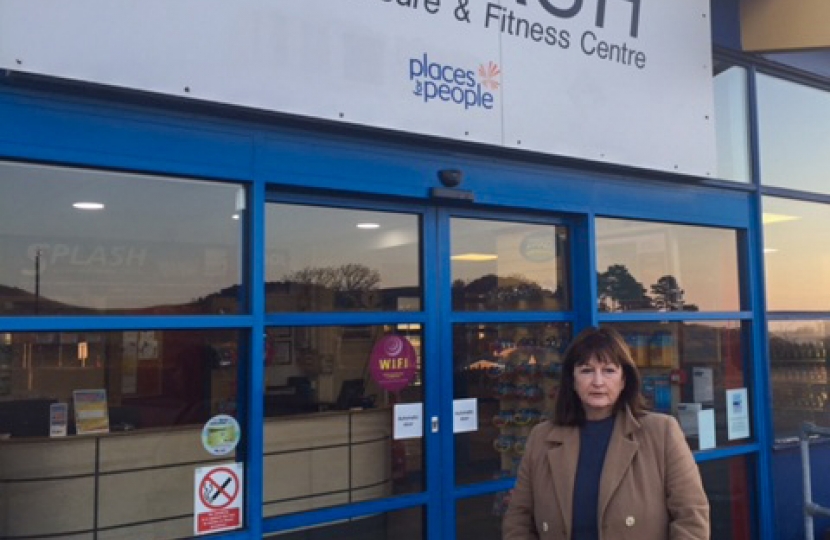 A county councillor has again spoken of her dismay at the cancellation of the Cromer Sports Hub Project by North Norfolk District Council. This follows publication of an internal audit report into the decision to cancel taken by the Liberal Democrat administration, led by Cllr Sarah Bütikofer, in August 2019.

In February 2019, Lib Dem councillors voted unanimously to take the project forward subject to the ‘business case’ being approved – which it duly was. However, the project was suddenly cancelled in August 2019 at a cost of nearly three quarters of a million pounds.

The internal audit has now graded the project “No Assurance” – the lowest of six possible gradings – which demonstrates a ‘fundamental breakdown’ in the way the project was managed and associated risks controlled by the council. According to the report, the cost to taxpayers of the decision to cancel was over £743,000.

Cllr Judy Oliver, County Councillor for Sheringham & Beeston Regis, had already been asking questions of the Lib Dems about the decision:

I am disappointed that the council’s internal auditors have now confirmed what we already knew – once again NNDC has thrown money away, with nothing whatsoever to show for it. The Sports Hub project would have established North Norfolk as a leading centre of excellence for sport – both playing and training – and brought huge investment into Cromer and the surrounding area.

This latest example of waste comes on top of the completely unnecessary management restructuring – right in the middle of a pandemic – which Duncan Baker MP recently spoke about in Parliament. That restructuring cost the taxpayer nearly half a million pounds – another disastrous waste of money. On top of that, there is still an ongoing police investigation into the way NNDC set up its ‘Capability Review’, on which decisions about the restructuring were based.

NNDC’s leadership are currently sitting on important questions they are just not answering. Why not? We need answers now, otherwise the public’s confidence in NNDC will continue to be eroded.”

The full internal audit report can be found here, with the Sports Hub report at page 97.